10 most beautiful places in Sardinia

10 most beautiful places in Sardinia

The top 10 most beautiful places in Sardinia

…that MUST be visited at least once in a lifetime. 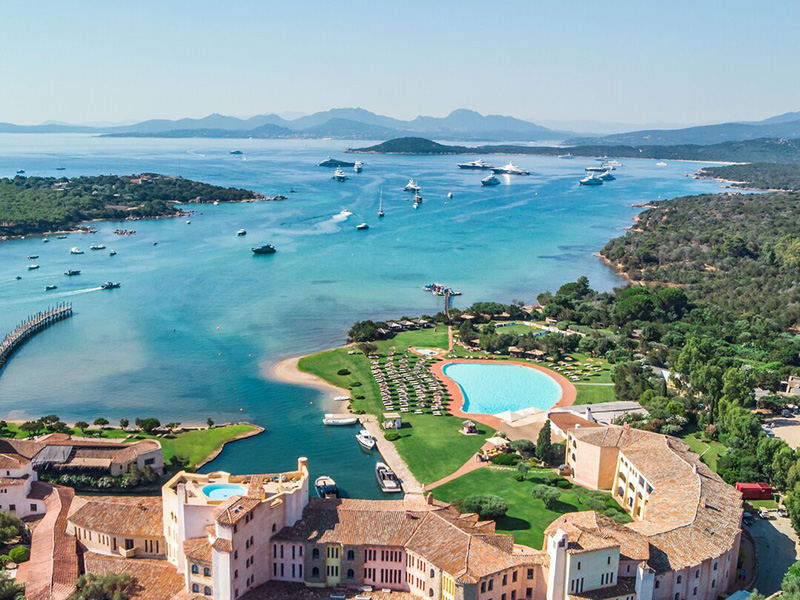 Costa Smeralda is one of the most fascinating stretches of coastline in the Mediterranean. It is located in the northeastern part of the island. Here the landscape, characterized by numerous coves, islets with intimate beaches and small archipelagos, among which the most fascinating is the Maddalena Archipelago, meets the charm of luxury and worldliness of high society. Indeed, every summer Costa Smeralda, and its main location Porto Cervo, turn into a holiday place for numerous illustrious guests not only from Europe but from all over the world: TV personalities, sport and world cinema stars. 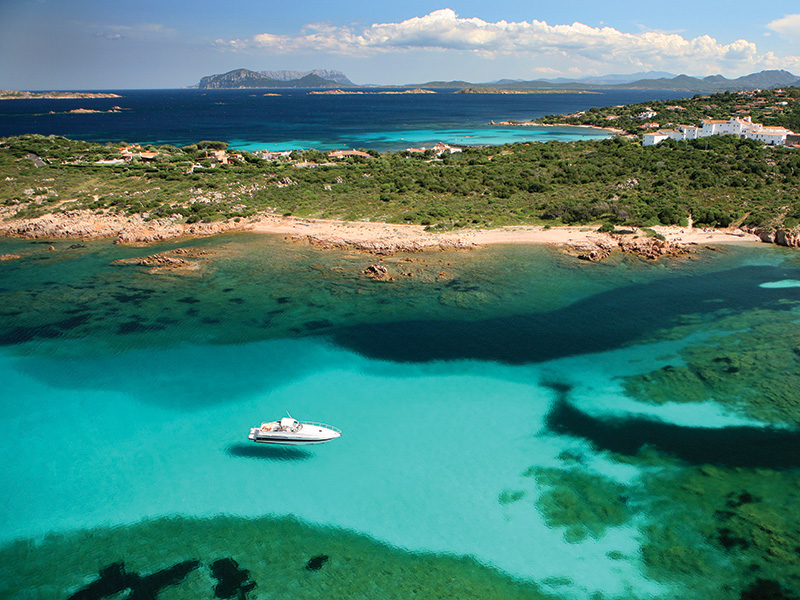 This wonderful archipelago off the Costa Smeralda includes Caprera, Santo Stefano, Spargi, Budelli, Santa Maria and Razzoli and is made up of marine and land protected areas. The Maddalena Archipelago is an enchanting place, very popular among yachtsmen because of the tranquility of the natural landscapes typical of the Mediterranean and the pristine emerald waters. 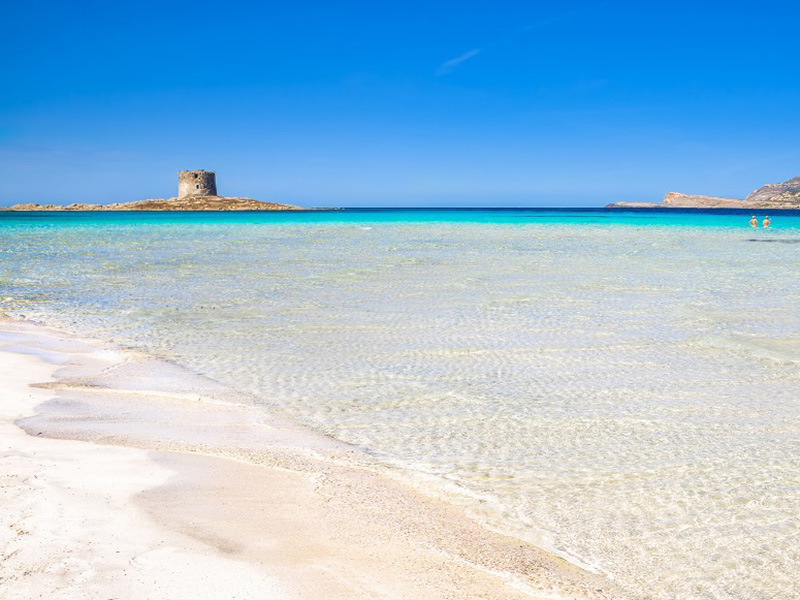 Stintino is one of the most beautiful destinations in Sardinia. North of the island, in the province of Sassari, the long white beaches are the pride of the small village born to host the 45 families forced to leave the nearby island of Asinara which was preparing to become the seat of a penal colony. The main tourist attraction of Stintino is the beach of La Pelosa made of fine white sand and a turquoise-blue sea with a very shallow seabed. The symbol is the tower, built in 1578 by the Aragonese, called Torre della Pelosa. 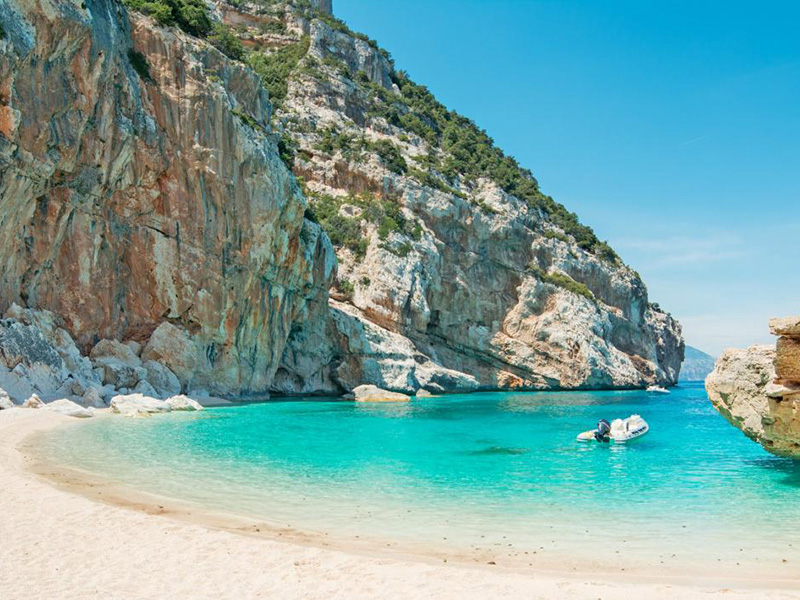 It is one of the most spectacular beaches on the island, located in the Gulf of Orosei: formed by small shining white pebbles. The beach is difficult to access by land, therefore the most recommended way to reach the cove is by sea.

It is among the most vivid and popular coves among the inhabitants of Sardinia, located not far from Cala Mariolu south of the Gulf of Orosei. Cala Goloritzé was created by a landslide in 1962 and can easily be recognized for its 143m high natural pinnacle. 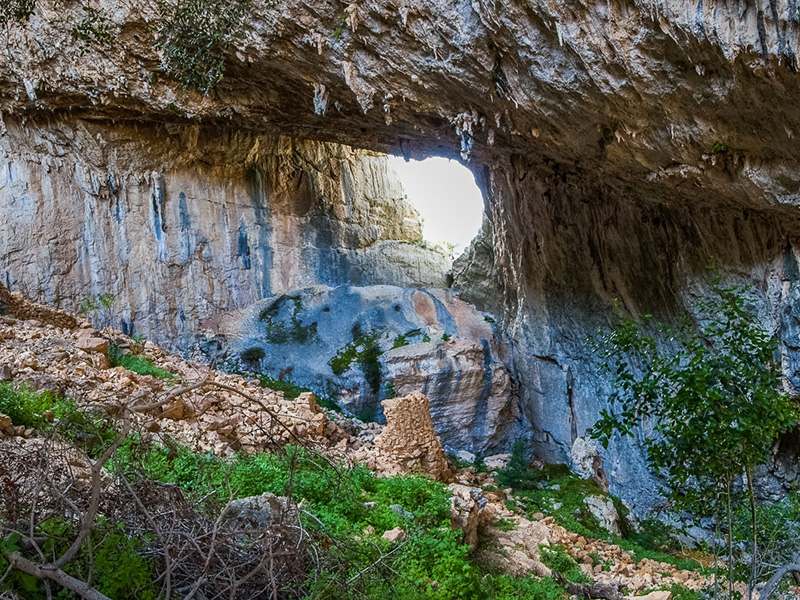 It is an archaeological site of the Nuragic era. The village is entirely built along the internal walls of a rocky cavity. The village remains invisible until the inside of the cavity is reached. It is a place with a very suggestive atmosphere: on the rocky wall there is a wide passage from which you can observe the entire Lanaittu valley. 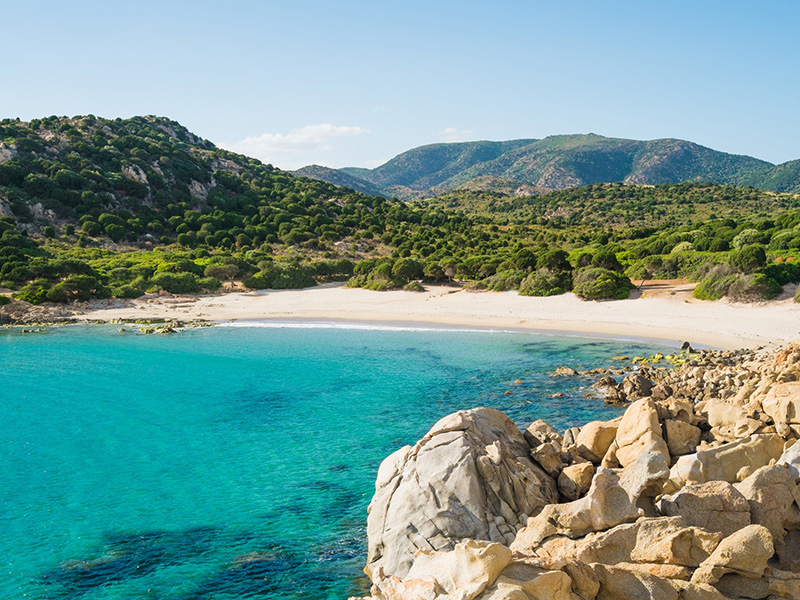 It is located at the southern end of Sardinia, in the Golfo degli Angeli, where the crystal clear waters of the Mediterranean creep into the rocky ravines. This corner of Sardinia is characterized by Caribbean beaches of fine white sand and also represents the natural habitat of pink flamingos. Once you get there, make sure you don’t miss the beaches of Su Giudeu and Cala Cipolla. 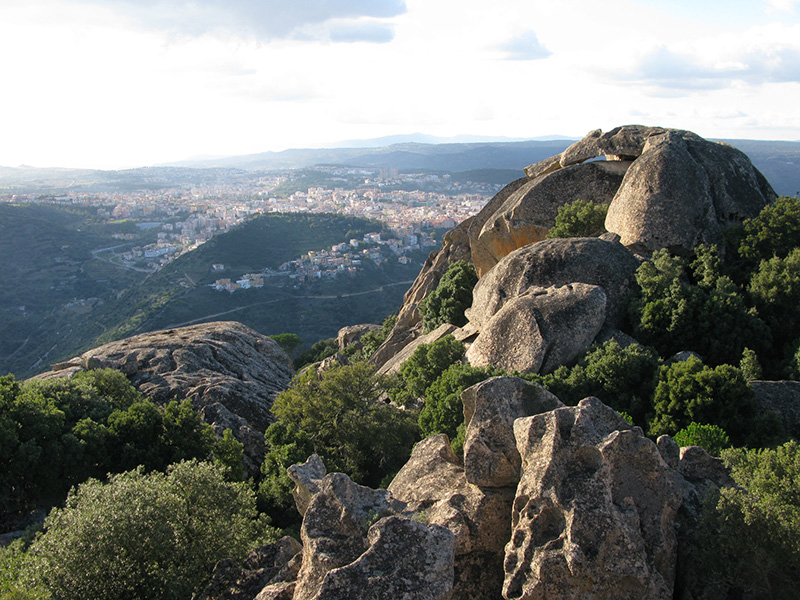 Defined by the local inhabitants as ‘sweet and bitter Barbagia‘, it constitutes the heart of Sardinia. Here there are no dream coasts or crystal clear waters. It includes a vast mountainous region in the center of Sardinia, which extends on the sides of the Gennargentu massif. 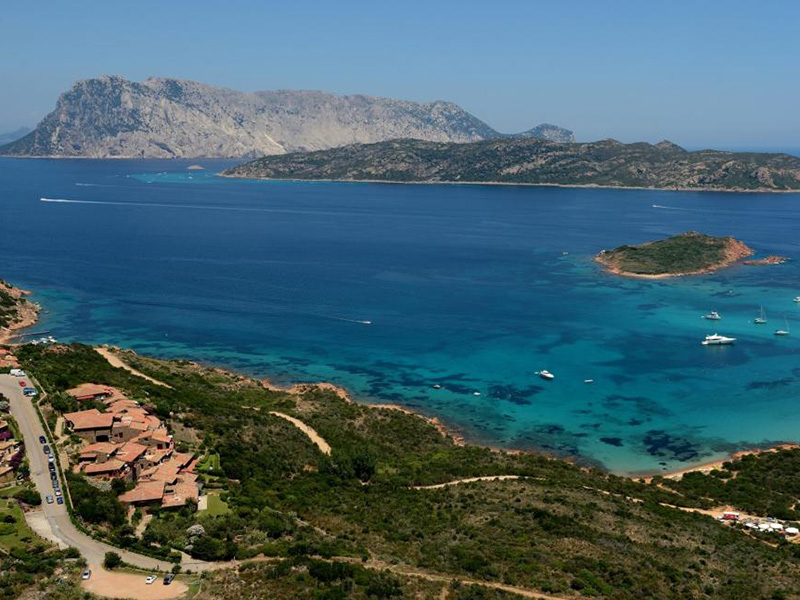 The island of Tavolara is an imposing island of almost 6 km², located in the north-east of Sardinia, full of legends and history. The surrounding marine area, called the bay of Coda Cavallo, is made up of 15,000 hectares of protected sea. It is lined with numerous inlets with cliffs and sandy beaches immersed in the Mediterranean maquis, such as the 5 km long beach of La Cinta. The bay of Coda Cavallo is recommended for diving lovers. 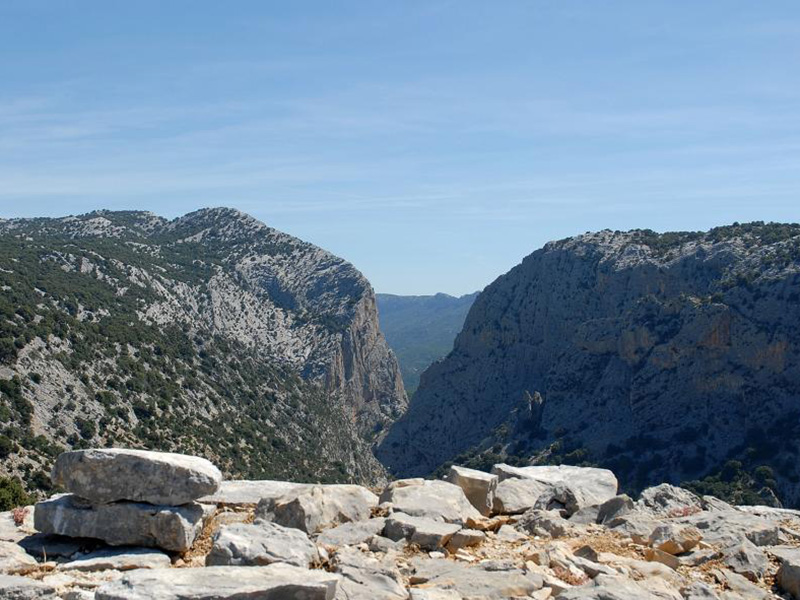 It is one of the deepest valleys in Europe, 1.5 km long and about 500 meters deep, also called Gorropu canyon. It is located in the central-eastern part of the island, halfway between Orgosolo and Urzulei. The canyon of Su Gorropu is a legendary place and a symbol of the internal part of Sardinia.

4 Star Hotels 5 Star Hotels Aston Martin Bentley Bugatti Car Rental Ferrari Helicopters HomeLuxury Lamborghini Luxury Service M.I.C.E. in Sardinia Maserati OurDestination Porsche Rolls Royce Yacht Charter
We use cookies and other tracking technologies to improve your browsing experience on our website, to show you personalized content and targeted ads, to analyze our website traffic, and to understand where our visitors are coming from. By browsing our website, you consent to our use of cookies and other tracking technologies. Settings OK